Do you think to talk or talk to think?

His words were blunt: “When you don’t say anything, I assume you have nothing to contribute.”

My colleague’s assumption was completely false. But I understood his perspective. And while the words cut, I did need the reminder that others have no idea what’s going on in my head if I don’t offer an opinion or a suggestion – or anything – during group discussions.

I think to talk. Typically, I think a lot before I say anything. In a professional setting, I’d rather keep my mouth shut than say anything wrong. Or offend anyone. Or risk saying anything that sounds remotely unintelligent. In meetings, my brain is normally engrossed in the subject at hand, attempting to process every piece of data that’s presented.

The prompt to share my thoughts was great feedback. The comment also generated a meaningful discussion around decision-making expectations for that organization, and that particular manager. At the time, my coworkers generally understood and appreciated my slower-paced approach to processing. If a decision was expected as part of a department meeting, they knew I would be most effective if I had even just a little bit of time to process data ahead of the meeting. They also knew that our manager made lightning-fast, almost impulsive decisions.

I used this question – do you think to talk or talk to think? – with a client recently and it was very rewarding to see the insight he garnered from understanding that he talks to think. He’s extremely bright, very creative and full of energy. He shared how he ‘verbally unloaded’ on his manager recently and then was concerned that he appeared unconfident and indecisive. In reality, he was just talking through his options, and his manager had provided a safe environment for him to do so. When I explained that he was “talking to think” about his concerns, his eyes got wide and his emphatic “Yes!” confirmed his preferred approach. We discussed how a quick point of clarification before the conversation begins can manage expectations. Saying, “I just want you to listen as I process this decision” can be helpful for both parties.

Consider your typical approach to processing information. Do think to talk or talk to think? If you think to talk, understand that it’s important to communicate to others that you are, in fact, absorbing and contemplating the data provided. Silence can exacerbate assumptions. If you talk to think, explain your method to the listener before you begin. And allow an appropriate amount of time for this approach.

And for both thinkers and talkers – don’t forget to appreciate those with a different preference from your own.

Do you think to talk or talk to think? 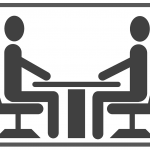 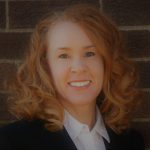