Thank you, Steph Hoeper, for this week’s wisdom. I am grateful for your powerful and insightful perspective as a stay-at-home mom.

When my kids were younger, they used to beg to go to the fun building we drove by daily in our sleek, silver Honda Odyssey. As they cried over spilled milk, yelled about somebody touching them, or asked “why” for the thousandth time that day, I considered that dropping them off at that day care center might be fun for all of us. Equally ironic, a few years later my daughter wistfully voiced her wish for a stay-at-home mom. I think perhaps she took the stay-at-home part too literally. Regardless of how much time we were actually at home, I have spent the better part of the last 15 years as a stay-at-home mom.

In the process of pulling my resume together to return to the realm of full-time employment, I’ve struggled to assign significance to this period of my life. Having spent the 30 years before it earning a master’s degree and working at a variety of jobs, often more than one at once, this new period felt decidedly unremarkable. While it’s not quantifiable on a resume, I learned many lessons at home that make me a much better teacher, coach, and leader outside of it.

Here are the top three:

1) Your influence is wider than you realize…

In all honesty, I’ve spent most of the past 15 years feeling the need to justify my choice to stay at home. I dreaded the common question, “What do you do?” or “Do you work outside the home?” I was quick to answer with, “I used to be a teacher.” Or I’d mention my part-time strength training business in an attempt to sound more significant. It’s only been in the past year as I transition back to full-time work that I’ve been able to appreciate the influence I was completely unaware of in the moment. While these years out of the full-time classroom don’t show up meaningfully on a resume (or in a retirement fund!), I am repeatedly surprised by the things my kids value: shopping trips to HyVee and $1 slices of pizza after preschool, coaching their sports teams, volunteering in their classrooms. And while my motivation at the time was more selfish than altruistic: I needed groceries, I love sports and would much rather be on the field than in the stands, and I wanted to know who was who and what was going on in my kids’ classrooms, it turns out that while I was beating myself up about not doing enough of significance, my kids, their friends, and even other adults recognized what I WAS doing. It’s a common trite saying that kids notice what we do more than what we say. But so do adults. I distinctly remember meeting a neighbor when the kids were little. Her older two were similar ages to mine, and she was expecting her third. She said she watched me walk with the kids to the mailbox each day and had decided to have a third because we made it look so easy. I was a year into motherhood of three and felt like I was barely keeping all my kids alive 90% of the time, much less parenting with grace. In fact, I lovingly referred to our daily walks to the mailbox with two kids in a double jogger, one in a carrier, and a golden retriever on leash as the travelling circus. I wasn’t surprised that we were noticeable, but it wasn’t the type of notice I was expecting.

2) …and the things that matter aren’t what you’d think.

Just like I expected (hoped?) people would notice when I actually combed all my kids’ hair and dressed them up for church (never mind that we were late) instead of our crazy walks to the mailbox, when we talk about our family’s favorite memories, it’s never the trip to Disney or the fancy gift they received. It’s the night we had a picnic on our living room floor while we watched a movie or the box that fancy gift came in. Inevitably, it’s not the big ticket item I spent hours fretting about, scheduling, or standing in line for. It’s the ice cream cone they had for dinner, the card game we played while waiting for bad food at an overpriced restaurant, or the morning we just slept in and watched tv together in bed. The things that matter are not the big landmark events we expect. They’re often in the pauses in-between. While we plan, worry about, and look forward to the big events, those moments we spend planning, worrying, and anticipating are just as significant as the event itself, and oftentimes more so.

My dad used to say leadership is getting people to do what you want them to do because they want to do it. Sounds kind of manipulative when I read it, but it’s a valid point. As leaders, how do we inspire those around us to buy into our vision? The first thing I learned as the parent of a toddler is that I am not in control. When I got too embarrassed by Target tantrums and exhausted by mealtime and bedtime standoffs, I finally relented to choices. Would you like peas or broccoli? Would you like to pick up the books or the legos? And trust me, if they work on toddlers, they work on everyone. All of us want to feel in control of our surroundings, choices, and lives. By promoting choice, we create a cooperative culture that allows everyone a winning role.

No matter how creatively I title it: Personal Chauffeur, Social Secretary, Domestic Engineer, or CEO of the House, my role at home, like my college jobs at Culvers or Walmart, will never be a resume highlight. It has, however, taught me invaluable lessons about how to lead better both inside the home and out.

What lessons have your most “insignificant” jobs taught you? 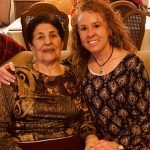 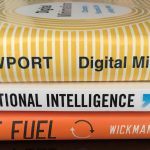 From the Top of My Book PilesLeadership, Wednesday Wisdom