The long holiday weekend provided a wonderful excuse to get together with some girlfriends. We sat in a corner of the bar catching up on recent life events. Our small group shared easy but deep conversation, the kind of rich dialogue that is the reward for years invested in our friendships.

The “newest” member of our group (several years in herself) made an off-handed comment about how grateful she was for these relationships and then added the acknowledgement: “Because I know what I’m going to get with you guys.” I understood exactly what she meant. If I had to term the group, the word predictable would definitely be a part of the description. She didn’t mean predictable as in boring, but predictable in terms of our regular communication, our even-keeled personalities, and our support for one another.

All the research around team trust supports these descriptors. It isn’t until I compare us to a group without a lot of team trust that predictability proves to be such a differentiator. Let me explain.

I recently worked with a team that had gotten to know their manager very well. But maybe not for a good reason? You see, there was no middle ground for this guy. He was either extremely positive or the complete opposite. And on those “opposite” days, the team members knew by his footsteps. When he walked by the other offices to get to his, his team could tell his mood by the way he walked. A march or a stomp meant one thing; a stroll or saunter meant another.

On the good days, he was really good. Engaging. Welcoming. Open to new ideas.

On the not good days, his employees purposely avoided him. No one would go to his office unless they absolutely had to go there.

Not only would his colleagues avoid him, but they dreaded hearing his heavy footsteps heading anywhere near their own work stations. No interaction with him in this mood ever ended well. It was unfortunate for the entire team. And I want to make it clear: this group repeatedly offered him a bunch of grace (this was more than just a bad day). His colleagues grew to adjust to his unpredictability, and eventually his behavior was tolerated in the organization.

When I look back at my time as a human resources professional, I can confidently say that manager unpredictability is near the top of the complaint list for employees. Most concerns would end with a statement like, “I just never know what kind of mood she’s going to be in until I see her.” Understandably, we can’t be expected to have ‘great’ days every single day. But when your team starts to repeatedly adjust their behavior because of your unpredictability, productivity is definitely impacted.

Have you ever considered the impact of predictability on trust?

How predictable are you? 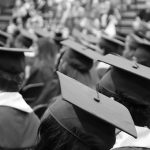 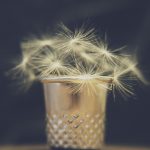