Knowing your default settings is a great first step in self-awareness.

There are many ways to engage in a conversation about self-awareness, and knowing your default settings is one way to begin the journey. My own discovery came about a bit by accident, prompted by a question about trust.

Trust is a topic I cover with many of my clients because it’s such an integral part of being a good leader. As the foundation for building strong relationships, a significant amount of time in the coaching process is dedicated to Trust. When a particularly deep-thinking client asked me if I automatically gave my trust to other people, I was speechless.

I loved this question. And I’d never really thought about it before. I took a moment before I responded as I pondered his question. My answer was no. I don’t automatically give my trust. It was insightful, because even though I discuss trust on a regular basis, I’d never taken a step back to evaluate my own default settings.

It was during another coaching session that I used the following story to highlight the importance of recognizing default settings. My daughter and I used a word game to pass time on a recent flight. I didn’t realize the game had sound until I tried to use a speaker to play music when we continued to play the game after we landed. The speaker played both my playlist and the game music; it was very distracting. My daughter’s response was classic. You can change it, you just have to go into the game’s settings. When I shared this story, my client quickly realized how valuable this insight was and shared his own example. His department was implementing a new software system and the computer of one of his team members didn’t have the same display/dashboard as everyone else. The very first step in understanding how the system was operating was to find the default settings. He shared more about how he didn’t even realize all the settings that were available in this new system until he took the time to dig behind the scenes a bit.

What impact do your default settings have on your relationships? In particular, do you communicate as if you assume others have the same settings? 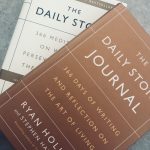 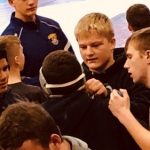 This is What Leadership Looks LikeLeadership, Teamwork, Trust, Wednesday Wisdom