She whipped out her phone lightning fast and had her calendar pulled up before I could say anything else.  Her response was something on the lines of “Does next Tuesday at 11:45 work for you?”  I had known Angela* for a couple of years; I would have called her an acquaintance at that point.  I’d mentioned that I’d like to get her perspective on what it was like to start her own business, and I thought she’d end the exchange with a polite ‘we should do that sometime’ response like I expected.  And she started down that path… but then she added the specifics about *actually* meeting.  My first thought was, wow, she’s serious.  My second thought was, wow, she’s serious and I love it!  My third thought was, why is it striking to me that when someone backs up words with actions it’s such a contrast to what I expect?

Angela is a no-nonsense person, so when I shared with her how refreshing that kind of interaction was, she shrugged it off like it was no big deal.  And I know, because that’s how she communicates, she thought very little of it.  Her communication style is direct and efficient.  It would never cross her mind to make a ‘we should do that sometime’ statement if there was never any intention of actually doing that sometime.

Angela is a great example of a leader that has a very high say/do ratio.  The say/do ratio was one of the earliest leadership lessons I remember; I was exposed to this concept at least 20 years ago.  The basic premise is that you’ll do what you actually say you’re going to do, and that you’ll communicate it to others as soon as possible, if for any reason, you aren’t able to keep a commitment.  Super simple, right?  But how often do we make vague promises, always (usually!) with very real and honest intentions, but then never actually follow through on the action or the “do” part of the ratio?  If this say/do ratio is the very definition of integrity, how are our words being perceived if our say/do ratio isn’t very high in our professional and personal relationships?  There are two very simple ways to improve our ratio.  Either we do a better job with our words by eliminating vague comments that imply, but don’t promise, action.  Or we do a better job with following up our words with actions.

I invite you to reflect on your current say/do ratio and consider how your words and your actions impact that ratio, not your intentions.

*Name was not changed to maintain confidentiality.  Angela is her real name!  If she happens to read this, I want her to understand how impactful her words and her actions were to me. 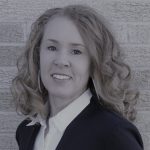 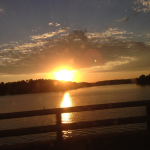