In a moment of need, no theory of leadership is more meaningful than a simple, clarifying statement.

My grandfather was a farmer, so when he said “Make hay while the sun shines,” he meant it (almost) literally. The saying served as encouragement to take advantage of favorable circumstances. It takes time to set up ideal conditions to “make” hay. The grass in the field needs to be cut to give it time to dry, and only when it’s dry enough (barring rain or other inclement weather), can the hay can be collected and rolled into bales. The process truly has to take priority when the time is right.

When I heard the same expression in the business setting, I had an appreciation for the sentiment. It wasn’t meant in a literal sense, but it the notion still applied. At that organization, a large portion of the work was done outdoors. Even though the clients were located all over the country, much of the work was cyclical as many workdays were weather-dependent. Good weather days meant long hours to take advantage of the opportunity to complete the outside work. It was very common for one of the leaders to say we gotta ‘make hay while the sun shines’ to encourage employees to capitalize on the good weather and long daylight hours.

Part of my role as a coach is to learn about new leadership development theories/strategies. Research has helped the field come a long way. But you know what still works? Some of the classics. Because in that moment of need, no ‘theory’ of leadership is more meaningful than a simple, clarifying statement.

Other “classics” that still apply today:

I love this notion, and it’s a great reminder in this age of busyness. It’s a trend I’ve noticed a lot lately: people defining worth by their level of busyness. Yes, schedules are full and there doesn’t ever seem to be shortage of options to fill our time. But how are YOU doing? Are you spending any energy on yourself? Your health? Your development and growth? Your happiness? Like the pre-flight safety instructions indicate, you have to put on your own oxygen mask first before you can help others.

Can’t never did anything.

This is a new favorite of mine! A dear friend shared this saying of her late father. When she was struggling with something, he’d listen to her concerns and if there was a hint of indecisiveness or self-doubt, he would encourage actions by saying, “Ah Sandra Kay, can’t never did anything.” Even when we don’t know what the “right” next step will be, I think about this encouragement to try something, anything. The power of taking action, even a small step, is such great way to break the paralysis of indecision. 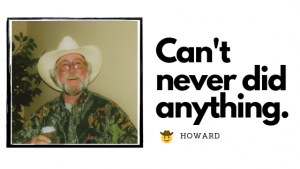 Do you have a “classic” mantra that applies to your professional life?

From the Top of My Book PilesLeadership, Wednesday Wisdom 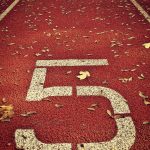