When people ask me about my interest in running, I tell them I learned to like running later in life. Growing up, I played sports that involved balls. For most of my early life, I viewed running as a form of punishment. When a ball touched the volleyball court during a practice, everyone had to run a lap around the gym. When my team missed too many free throws during a basketball game, I knew sprints were going to be a decent chunk of practice the next day.

It wasn’t until I was older and learned that running is actually great exercise as well as a great a way to connect with our community, that I started to consider it as a physical activity I could engage in voluntarily. About this same time, a coworker asked if I would help her train for a marathon. She started with a couch-to-5K program and I joined her a couple of times as a training companion. I didn’t run that marathon with her, but the seed had been planted. If she could do it, I wanted to see if I could, too. I had a milestone birthday looming, so I decided to run my first marathon before the big day arrived.

I didn’t know it at the time, but training for my first marathon was also my first lesson in mental toughness.

First, I had to set small goals to reach the big goal. Marathon training means starting to run a few miles at a time and then incrementally building toward your goal of 26.2 miles. Mentally tough people do the same. They set their end goal and then determine smaller, daily goals that will enable them to reach their end goal.

Second, I had to resist the urge to quit, especially when things weren’t perfect. Training conditions, namely the weather here in Iowa, aren’t always ideal. During any training cycle, there may be extreme cold, extreme heat, rain, or snow to contend with. Mentally tough people have to navigate less-than-ideal conditions as well. Maybe weather isn’t always a factor, but anyone working toward a goal understands that unforeseen circumstances are bound to crop up.

Third, I had to prioritize training. Making time each week to get the training in took considerable effort and flexibility. And I had to make tough choices about how I was going to use my time most effectively. I understood, very quickly, how my time, rest, and nutrition choices impacted my overall goal. Mentally tough people do the same; they are diligent when it comes to efficiency and understanding how smaller choices influence the larger goal.

Finally, I learned that working toward a big goal builds confidence. I made mistakes in terms of pace, fuel, gear and my training plan, and my first marathon was the slowest and most painful marathon I’ve ever run, but I learned from each setback. Mentally tough people do the same; each “failure” is an opportunity to acquire new information about what works and what doesn’t work.

November marks the six-year anniversary of my first marathon. As I reflect back on that day, I’m grateful for all that the experience has taught me about developing mental toughness. What have you done to build your own mental toughness? I’d enjoy hearing from you. 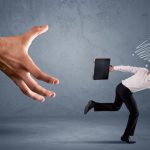 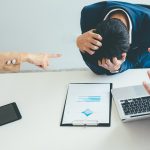