I grew up playing board games, so when my client compared the feedback process with a former employer to Operation (originally produced by Milton Bradley, now produced by Hasbro), I knew exactly what he was talking about.

Maybe you remember this game too? It’s the one where players pretend to be surgeons and delicately remove body parts from a patient with a pair of tiny tweezers. The game buzzes loudly if your tweezers touch the patient and cause injury. A successful extraction meant no jarring buzz.

Earlier in the day before our meeting, my client had had a performance review, and he was anxious to share the feedback he received with me. It was specific, constructive, and positive overall. This client’s current employer believes in providing regular feedback, and the success he has been able to achieve is due in large part to this investment by his direct manager and the organization as a whole.

In describing this experience to me, my client contrasted it with the feedback he’d received from a previous employer, which was only delivered when things were not going well. He told me that his previous manager seemed to enjoy pointing out his flaws and that these critiques were often made in front of other people, which made the sting even more painful. Successes, on the other hand, were generally met with complete and utter silence.

If you are a manager, consider this insight from my client as an opportunity to reflect on how you currently provide feedback to your team. Perhaps you’ve inadvertently found yourself in a similar situation by assuming that your team members consider that no news from you is good news.

If you are motivated to begin shifting that mindset, find the occasion, just once a week, to highlight the positive contributions of your team as a whole, or of individual team members. If you need help, let me know; I’m more than happy to give you some tips. 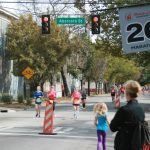 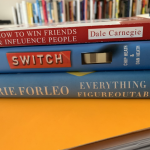