The best leaders are likely working on their non-technical skills in a way that no one else sees. Results that appear effortless often aren’t as easy as they seem.

The meeting was going to be a defining moment for our colleague. Either she was going to understand the need to change the way she interacted with her team, or we were going to have to exit her from the organization. While we were waiting for the employee to enter the conference room to start the discussion, I saw Alan flip to the back of his notebook and quickly read a passage. Because our seats were right next to each other, I could see that it was a prayer of some kind. Why in the world would he be doing this? I couldn’t think of a single explanation.

Alan’s verbal skills were exceptional. He was never, ever at a loss for words. He was an engaging storyteller and could speak on any topic. I once listened to amazing speech he gave at the drop of a hat from some notes on a napkin. He’s the guy you sent to meet with unhappy clients or to pitch a new idea to a prospect. Much of his experience was in unpredictable and high stakes conversations. Yes, this was an important meeting, but he’d likely had hundreds of similar meetings over his career. Not only with employees, but clients and prospects as well.

It never dawned on me – not once in the prior five years working with him – that his talent was anything but natural ability. Until I asked him about it. And his answer was remarkable.

His explanation: Reciting this prayer was one of the various ways he prepped for the meeting. He wanted to perform at the top of his verbal game during the meeting out of the utmost respect for the person joining us. He had lots of experience, but he understood that each situation was different. He was going through all the possible scenarios in his head and his response to each. The prayer was the final step in re-focusing his energy to begin the discussion. I was blown away that an orator of his caliber did this much work to get ready for a conversation.

The lesson remains with me. The best leaders continually work on their skills, especially the non-technical skills, to maintain and improve performance. And likely, they’re doing it in a manner that no one else sees. The danger is that others, like me, will make the same assumptions about great leaders – that it’s a natural ability or that it’s easy. Or that they don’t have a million other things to worry about like we do. Glimpsing just a portion of the work that Alan had completed prior to the meeting reminded me of the unseen efforts of extraordinary leaders.

Friends, exceptional leaders aren’t going to share their stories of great results unsolicited. They have the same worries we do and perhaps more with decisions that have the potential to impact many, but they still do the work. As great leaders, they are focused on others, and I guarantee they’ll share a story or two if you ask. And my guess is that not one of them will say the end result is easy or that it’s natural talent. It’s likely they’ll share a story about times they missed the mark and the times they made mistakes. And that it’s far from easy.

I invite you seek out someone – friend, coworker, manager, neighbor – who appears to have mastered a talent you desire and ask about how they got there. How did they start, what did they learn, and what mistakes did they make?

How did unseen work contribute to their results? 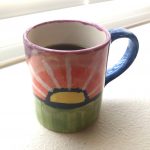 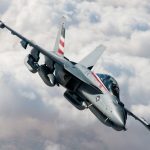