How an off-handed comment about blueberry coffee differentiated leaders with an inward mindset and an outward mindset.

Recently, I witnessed an example of each mindset.

And it came out of the blue. Out of the blueberry, to be exact (bad pun!). This leadership lesson came at a local coffee shop.

I met a friend for a quick cup of coffee a couple of months ago. We had a great discussion, and as my friend (a member of the leadership team in a local organization) and I were leaving, he refilled his coffee cup and said something along the lines of, “I’m not really a fan of flavored coffee, and I know it sounds strange, but the blueberry coffee they have here is really good.” I didn’t think much of it; I’d never had blueberry coffee before, nor did it sound very appealing.

Not a week later, I found myself in the same coffee shop. And with déjà vu-like similarities, as we were leaving, a different friend (and also a top leader in his organization) said almost the exact same thing. “The only time I ever drink flavored coffee is when they serve blueberry coffee here. I know it doesn’t sound appealing, but the blueberry coffee here is great.” He asked me if I’d ever had it; I hadn’t. But then he did something that stuck with me. He went back up the counter and ordered two more cups of coffee to go. A couple of different thoughts ran through my head: Wow, he must really like this coffee if he’s going to get two more cups for the road. Maybe he’ll reheat it later? Or maybe he was extending our meeting and was going to do it over blueberry coffee. I had no idea.

As he filled the two to-go coffee cups with blueberry coffee, he explained what he was doing.

He said, “I know two of the ladies on my team really enjoy this blueberry coffee. They are going to love this surprise.” Since the coffee shop didn’t offer the blueberry coffee on any predictable schedule, it was a treat to happen to be in the shop when it was an option. He knew that he was going to make their day by bringing this coffee back for them.

I realize that I’m reading a lot into $5 worth of coffee, but the difference in the approach of these individuals was striking.

Not only did I try – and love – the blueberry coffee the next time I was in that coffee shop, it’s now become a symbolic gesture of what a true leader does for his team.

What’s your blueberry coffee gesture of an outward mindset? 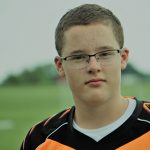 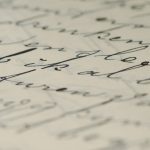