At that time, part of my job as a Human Resources Manager was to administer the tuition reimbursement program, ensuring that employees were compensated for continuing education tuition and related expenses. There was a maximum dollar amount per semester that the company would reimburse. I’m positive the limit included both books and tuition, but the details beyond that escape me. An employee of the company had requested an amount over that limit, so I needed to follow up to let her know she was only going to receive a portion of what she was expecting.

Even though I was able to reference the exact policy in the company handbook, the phone call quickly became heated. She didn’t understand why there was a dollar amount limit when she only took one ‘normal’ semester of classes and was expecting to get reimbursed for the entire expense. I was frustrated she wanted an exception to a policy that clearly outlined the dollar limits. At the height of her frustration, she said, “For being an HR Professional, you’re not being very professional.”

Those words stopped the conversation immediately. I don’t know if I was being unprofessional or not, but it didn’t matter; her perception was her reality, and the fact that she viewed me as unprofessional was not acceptable. Most interesting to me was the fact that ‘unprofessional’ was about the farthest thing possible from my intention, a clear example that what we communicate doesn’t always land the way we intended on the receiving end.

I took the opportunity to apologize, and we were able to end the conversation civilly. The actual conversation took place over 15 years ago, but the lesson was a powerful one that I remember often. She gave me a gift. Her feedback (albeit a surprise) helped me understand that my intentions aren’t always received in the manner I want them to be received. Her immediate feedback increased my self-awareness, which allowed me to adjust my approach, clarify my intention, and move forward.

Not all feedback we receive warrants behavior adjustments. But I do believe the perspective of another person is always a helpful data point. Good leaders and empathetic colleagues (and great friends!) are able to quickly acknowledge the perspective of others, regardless of whether or not they agree with that viewpoint.

When was the last time you received unexpected feedback? Did it help you adjust your behavior? 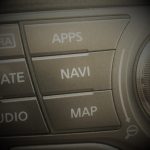 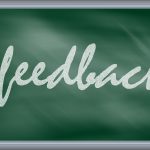