Are you assuming no news is good news when it comes to your performance?  Please reconsider.

Last week’s Wednesday Wisdom discussed increasing self-awareness using feedback we receive, even feedback that’s surprising to us or with which we don’t necessarily agree.  But what about when we don’t get enough feedback?  Or any feedback, really. It’s rare to find anyone who feels like they are getting sufficient feedback. Likely, one (or a combination) of these three qualities is responsible for the lack of performance-improving feedback you’re receiving: your personality type, your title, or your function.  And there’s a remedy.

Certain personality types, often referred to as Type A , High D, or anyone with an unapproachable demeanor, don’t always receive a lot of feedback.  Thus, they can have a low level of self-awareness. On one hand, someone who is very focused and results-oriented probably doesn’t spend a lot of time concerned with what other people think about them or what they’re doing.  They know what they’re doing, they’re right, and so “feedback” is irrelevant. To a degree, I think that works. The danger, though, is when they aren’t receptive to the feedback of their impact. The book The No A$$hole Rule by Robert Sutton addresses this situation.  Many times, a$$holes can be the most productive employees of an organization.  According to the book, there is sometimes a degree of grace offered for their behavior because of the tendency to “need” these employees.  And is the opposite also true? Is there hesitancy to give an ‘a$$hole’ positive feedback, even if it’s deserved?

How often does the CEO of an organization receive feedback on performance that’s not financial or metric-driven?  The same can be true for managers and supervisors. It takes a lot of courage to give feedback to someone in a leadership role.  I certainly received more feedback in a non-leadership role, and my assumption is that others have a similar experience.

Have you ever provided feedback to the Human Resources Department or the IT Department?  Both functions within an organization appear to have a certain level of insulation because few want to risk upsetting these departments which seemingly hold a lot of power or influence over their productivity or employment itself.

Regardless of your personality, title or function, the danger of not receiving feedback is that you will continue doing what you’re doing and continue thinking that nothing is wrong.  We all need feedback in order to improve. And it’s our responsibility to regularly seek out feedback on our performance, outside of a normal and formal performance review process.  It’s possible to survive your professional life with minimal feedback and an “ignorance is bliss” attitude, but the best leaders are constantly seeking out information on performance.

It can be complicated to solicit feedback from those you manage.  An employee may be very hesitant to provide feedback to the person that has the most influence on his/her future employment.  Assuming there is a base level of trust, instead of asking a general question about performance, solicit feedback about specific events or processes currently in place.  For example, ask “How can I ensure our weekly staff meeting is the most efficient use of everyone’s time?”

Are you receiving enough feedback to adjust your performance?  If not, it may be because of your personality, your title or your function.  The remedy is to ask for feedback. What information is being shared with you?  And how are you using this information to improve? 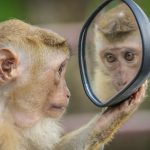 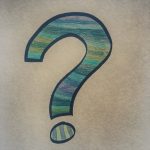 Just Ask For It – If Only It Were That Easy!Communication, Feedback, Leadership, Wednesday Wisdom