An email with the subject line of “crickets” snagged my attention recently. The email was from a friend and it was about the way a company treated her after a series of job interviews. More than a month after she’d met the hiring team, my friend still didn’t have an offer or update, and she felt like, you guessed it, she was alone in a field of crickets.

She went on to tell me that she’d even run into the president of the company at a local restaurant. He was friendly and apologized, even promising her to follow up with her himself in a few days. Did he? No.

“I’m not asking for the moon, I just want to know if I got the job or not,” my friend said. “Why can’t employers notify candidates when they aren’t the chosen one? Is that asking too much?”

From an HR perspective, I’ve seen this sort of thing (crickets) happen more often when the hiring process is driven by the direct manager, not the HR department. And not to excuse this behavior, but managers often get overwhelmed with day-to-day priorities and so following up with a candidate falls to the bottom of the to-do list.

In this case, if a candidate gets curious or frustrated, like my friend, the HR department is likely the first place they call, and then it’s up to HR to follow up with the hiring manager to get the update. This takes time and forces the job candidate to continue waiting in limbo.

Technology can help. An applicant tracking system (ATS) can give everyone on the hiring team, as well as job candidates, up-to-date information about next-steps. If the company where my friend applied had been using such a system, she would have been informed that the job had been filled and the president wouldn’t have had to make embarrassing apologies and promises he couldn’t keep.

Bottom line: Websites like glassdoor.com make it easier than ever for employees and job candidates to post negative comments about companies and their hiring processes. I know some executives who downplay the influence of these sites, but I also know plenty of sharp job-seekers who read reviews carefully before applying for a job.

Engage in conversation via: 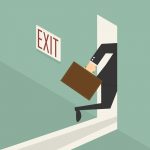 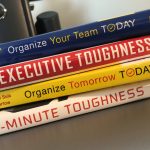