In the coaching process, I repeatedly invite my clients to increase self-awareness by asking for feedback. This week, I got an unexpected dose of my own medicine.

I had a draft of this week’s Wednesday Wisdom post ready, and I shared it with a wise little one under my roof. She had other (better!) ideas, and if you know anything about her, you know she didn’t mind sharing that feedback with me.

I dangerously opened the discussion when I asked her what she thought I should write about. Her exact words: “You’re always so positive. Write about something that’s negative.”

Woah. I wasn’t expecting that kind of feedback!

Just like my clients, I had a choice about how to use this new-found data. I could dismiss it. Or dive in. I was curious about her perspective, so asked for clarification. Because I had an inkling of where she was going with her feedback, I asked her if I was one of those people that was annoyingly optimistic all the time. Her short answer – yes. But the real wisdom appeared when I asked her why that was a problem. Her response: You have to leave room for negativity because sometimes that’s reality.

Again, another opportunity to pause and consider what I was hearing. She’s young; I could easily dismiss it. But that’s the rub; those that know us best typically have the greatest perspective – if we are willing to absorb it.

She’s right; I do tend to put a positive spin on most things. That probably isn’t going to change. But I never considered how that might be perceived by others as not acknowledging reality.

So, after contemplating this feedback, I offer my nod to ‘reality’ these days.

Leadership is one tough calling. There’s no question that it would be easier, almost every single day, to not be in a leadership role. Here are some challenges my clients face:

Not to be negative. Just keeping it real.

What’s the hardest part of your leadership role? 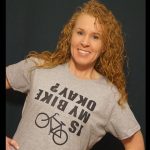 Get Back on the BikeEmpathy, Humility, Perspective, Wednesday Wisdom 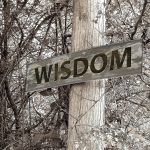