Notice the givers. They are a treasure. And very effective leaders.

Tracy and I worked together years ago and our paths cross occasionally, both personally and professionally. At a recent seminar, we had a chance to catch up between sessions.

Just as we were wrapping up for the day, she handed me a piece of paper and said, “I’m sorry I didn’t get a chance to introduce you to all of these people today, but I think it would be good if you would connect with them.” On the piece of paper were the names of three people Tracy thought that I would enjoy meeting.

The primary purpose of the connection wasn’t for her benefit. It was done unselfishly, knowing there was a chance for a mutually beneficial connection.

In other words, she had nothing to gain by giving me the list. It was the mark of a Giver.

Over the last several years, Tracy has quickly been promoted within her organization. If this is any indication of “typical” behavior for her (and it most likely is), it’s not a surprise. It’s because she’s a Giver.

In his book, Give and Take, The Wharton School professor Adam Grant outlines three reciprocity styles. Takers choose to take more than they give, Givers desire to give more than they get, Matchers strive for an equal balance of giving and getting.

I’ve worked on teams with a Taker as a leader. Collaboration during meetings was almost non-existent. In a group setting, communication typically only consisted of answers to direct questions. Many times this required connecting with coworkers again later to provide clarification on questions that no one dare ask during the meeting. Creativity wasn’t encouraged. Problems were solved, but it took time.

Likewise, I’ve worked on teams with a Giver leader, and the contrast is striking. Collaboration is the norm and brainstorming sessions were energetic and spirited. It was easy to identify a common goal and notice when all participants are engaged in the outcome.

Givers make great leaders because they create a psychologically safe environment where everyone feels valued for their contributions. This type of environment helps people to learn and innovate. Information exchange is efficient. Failure, at times, is expected as part of success. Creativity is encouraged, and problems are solved quickly.

The concept of being a Giver isn’t new. The Roman emperor, Marcus Aurelius, once said: Some people, when they do someone a favor, are always looking to call it in. And some aren’t, but they’re still aware of it—still regard it as a debt. But others don’t even do that. They’re like a vine that produces grapes without looking for anything in return… after helping others… They just go on to something else… We should be like that.

Are you a Giver? 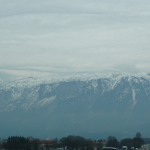 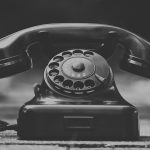