My favorite people – professionally and personally – share a common trait of extraordinary humility.

Some things only make sense in hindsight.

Reflecting on my earliest positions, I made some erroneous assumptions about the characteristics of those with leadership roles. I didn’t necessarily equate a value to this or judge these factors, I just noticed, and concluded that the members of leadership were not like me. “They” had different qualities. Members of leadership were distinguished in several ways: Their spacious offices were predominant, in unique locations like the corner of the building. They had special parking spots, close to the building or even in a parking garage close to the office. And speaking of driving, they certainly possessed different vehicles than I did. They wore different clothes. They had access to special events in the community.

For several years, this perception just made sense.

And then I took a different job. At this organization, the leaders differed from anything I had previously experienced. There was no way, based on previous assumptions, that I could distinguish who was on the leadership team. At one point, I jotted down the names of those on the leadership team on a sticky note hidden in my planner. Why did I need a sticky note? Because, they didn’t “look” or “act” differently. They were just like the rest of us. They even engaged in “normal” activities like pitching in when there was a need. I saw “them” take out the garbage, unload the dishwasher, and even shovel the sidewalk! Because it was an anomaly to me, I didn’t exactly understand the value. Of course, I didn’t want to treat them differently; I just wanted to be able to tell them apart (The irony is not lost on me)!

But humility is more than just cars, offices, and clothes. It’s a mindset. I attended an event recently that honored c-suite leaders, and I’m positive that each of the winners possessed an extraordinary level of humility. Each was extremely clear as they accepted the award: They were each able to contribute – because of others. It was not an attempt at self-deprecation, but an absolutely genuine sense of gratitude to others. So humble. And so appealing.

Ironically, there is an amazing power that come from humility. The organization where I initially struggled to determine the leaders was successful, in large part, because of the mindset of that humble leadership team. Those humble leaders were trusted. They attracted fantastic team players. And they made learning and growing more efficient because of the safe environment they created. Employees knew they wouldn’t be asked to do anything that one of the leaders wouldn’t do themselves, so there was a very high degree of engagement at all levels of the organization. This was invaluable to the success of the organization. A healthy dose of humility allows for a great leader to be approachable and to model a growth mindset.

What are the benefits of following a humble leader? 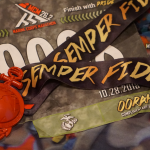 The War is in You Today! And Every Day.Appreciation, Employee Development, Leadership, Perspective, Trust, Wednesday Wisdom 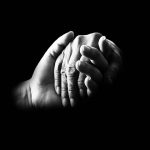